Ignition is used to create a SCADA/MES application that replaces a lot of separate Excel sheets and an old Citect SCADA platform. By using Ignition, AT-Automation instead created a single source of truth for every department (production, process engineering, technical service, quality, logistics) within the company.

EKK Eagle Simrax is a company in the Netherlands that manufactures, researches, and develops automotive and construction machinery products for automobile and auxiliary parts manufacturers worldwide. Being part of the international EKK Eagle Industry company, they are a market leader in high-precision production of seals for a wide scale of applications in the automotive industry, and manufacture over 30 million seals annually. They promise their customers a good product which they achieve by checking every created part. Because creating parts in other countries is cheaper, EKK wants to continually improve their process. Before Ignition was introduced, EKK used Citect as SCADA. The data that was logged with Citect would be transformed using Excel sheets. Everybody in the company created their own Excel sheet, which took a lot of time and caused a lot of confusion when people were discussing points to improve. With Ignition, they have created one unambiguous way of presenting the data, and are able to save time since almost all the reports are automated and standardized.

Ignition is used to create a SCADA/MES solution that can be used in the browser (Perspective unlimited) so everybody within the company can use the system to get their personal overviews. Based on the roles (10+ possibilities), the navigation is built dynamically. The different overviews are created based on the same data, which gives a more unambiguous overview of the production process. EKK wants to improve their process and minimize downtime for all the lines. The downtime registration happens automatically based on the PLC tags. The data can be viewed in multiple downtime and OEE pages; for example, the downtimes can be watched in a raw dataset but also in a pie-chart or a bar chart (count or duration summed).

Since AT created a new system, they also created a connection to SAP and Logitime (time registration program) and exchanged data between them. The SAP connection is used to get the orders, the next upgrade on the Ignition project is scheduling these orders and creating a live dashboard of the progress of the orders including downtime, changeover and process speed loss. The connection is also used to write back the scrap that’s created in production.

AT also created a couple of SCADA screens where operators see live production data and can watch historical trend data. They can save the trend to watch it later or share with other people within the company. All the SCADA screens are built dynamically but can work without a database connection.

There are also some high-level overview screens that give managers an idea of how the production is doing right now without the need of drilling down on multiple screens to collect relevant data.

As a result Ignition is now used during all activities related to production numbers, quality control, and improving processes. It’s an application that’s being used by everybody within the company from operators up to and including the managing board. Instead of using multiple systems and Excel sheets there is one application that takes on every task. This resulted in a happy customer that wants Ignition to play an even more dominant role in their production process. The use of Ignition made one system sufficient to fulfill all their needs. Because all functions are integrated in a single project, the waiting time to switch systems is reduced to nothing. In the feature they will include track and trace, order planning, and inventory management.

The old SCADA had a lot of problems processing data, for example they could only save one data point every four minutes which now is like every second. Also, the old SCADA took up more than six minutes at the end of every shift to process the data and provide it to SAP. Now this happens all at the back-end which gives them an extra 18 minutes of production on every line (35 lines) every day.

EKK Eagle Simrax gained control over the software themselves, allowing them to customize reports and screens, as well as save money since they no longer have to contact integrators over every minor adjustment. Since implementing Ignition, paper became obsolete in the production environment, because everything can be recorded directly in Ignition, and improved analysis allows them more insights for improvement. 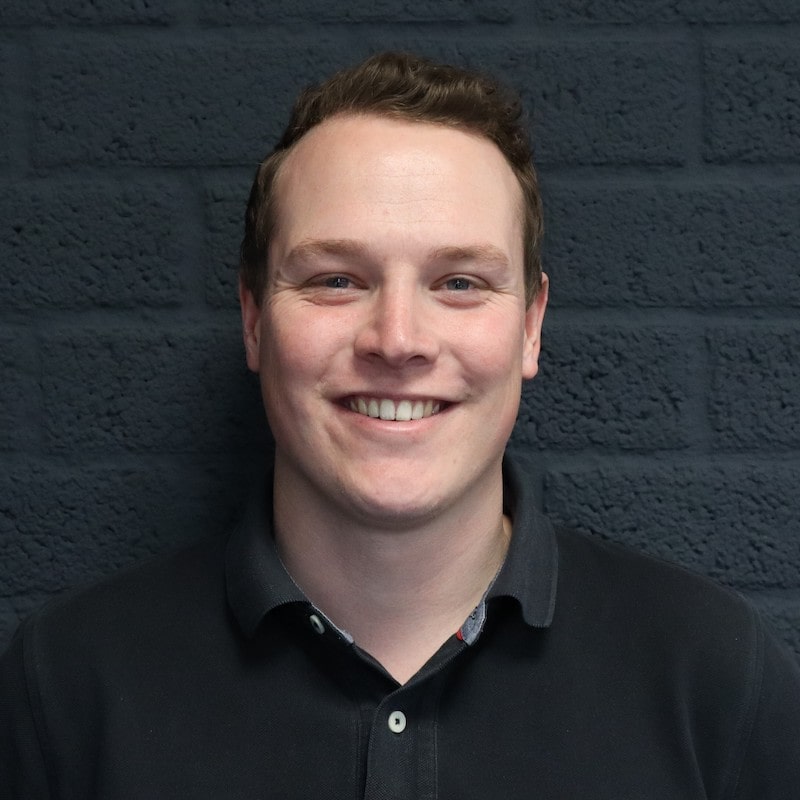 Presented By:
Joeri In den Kleef


Joeri In den Kleef is a flexible, ambitious young person with a passion for technology. For over 6 years, he has been working at AT-Automation starting as the second full-time Ignition programmer and is now leading the Ignition department. At AT-Automation, Joeri gained knowledge in the business field by creating, managing projects, and striving with a team for a joint solution.


For over 17 years, AT-Automation has specialized in automating and optimizing production processes. We analyze, develop and implement operational processes. Automation is a custom process for each business case, we are the right point of contact for small solutions until companywide solutions. Our mission: AT-Automation is striving with innovative automation solutions to make our customers more productive and effective. Our objective: Being the main point of contact in Europe by 2022 for companies that are searching for innovative solutions to automate their processes. We aim to reach this objective with the Ignition platform and the related products and services.


EKK is a company that manufactures, researches, and develops automotive and construction machinery products for automobile and auxiliary parts manufacturers worldwide. Including mechanical seals, lip seals, special valves primarily used in the auxiliary parts of automobiles and floating seals used in the construction machinery. EKK Eagle Industry Co., Ltd is a Japanese company that, besides the facilities in Japan, retains 58 offices and production plants worldwide. Primarily in Asia, US and Europe, including a sales office in Europe, the Netherlands. ekk-europe.com