This project involves the migration and updating of one of the largest SCADA systems in Ecuador developed in Wonderware. Its main challenges were to bring the customer’s operations from the late 1990s into the most modern technology for control and monitoring, and to deliver information from five field sites in the jungle into Agip’s corporate level located in its headquarters in Quito, Ecuador.

Agip Oil operations include five geographically separated sites with a total of 18 SCADA workstations. Each workstation had its own SCADA, running for 20 years with a stand-alone architecture

The old architecture forced each control station to establish an individual connection to the controllers, causing traffic and data loss in the control network, which would repeatedly saturate the controllers due to the number of responses they had to generate for each station.

Maintenance and updating of the SCADA application in the control stations was uncontrolled, leaving outdated applications without standards, and unreliable data which resulted in errors.

Process information could only be accessed by the operative personnel in the field, limiting the use of this information for administrative and process purposes. These areas could access the data only by the operators generating reports in Excel.

In order to approve any software migration, one Agip requirement was that Ignition and the old SCADA applications work in parallel for a month, with no downtime due to the new platform operations. After this trial, ASE had three days to start up Ignition at full operations along with migrating 10 core PLCs (2000 IOs) in the main facilities and well site.

The architecture solution consists of a client-server SCADA system, with two Ignition redundant gateways installed in each main location (CPF and Villano A) and three stand-alone satellite gateways on each remote location (Villano B, Sarayacu, and Baeza). Through the Gateway Network configuration, the information is transmitted from the different locations to the two main redundant servers where the application is running. In total there are 90 OPC UA directly connected devices in addition to OPC DA connections.

In order to share the information of the process with all the areas, the main servers were configured within a DMZ that links the control network with the administrative network, providing access to the system information from any point of the company's network both nationally and internationally. As a consequence, ASE is able to provide performance indicators trough levels of access and control to the managerial board.

Also, the loss of communication between locations will not cause loss of data due to the configuration of Store and Forward in each server, providing reliability and real results in the transmitted information.

Development and maintenance of the applications are more organized and efficient. Each company area can request to modify their apps individually, and these changes will be published immediately in the entire system, joining IT and OT efficiently.

The new application also has a standard on screens and graphics based on templates and parameters, obtaining a debugged application compared to the old one. The new solution also keeps the familiarity with the old format in order for operators’ learning curves to be as short as possible.

To have the Ignition application working in parallel for a month and not creating conflict with the controllers or the Wonderware-based application was not a problem at all. Just some communications configuration had to be altered on the scan class level in order to make it work perfectly.

During the three-day migration, controllers were upgraded without altering the commands and animations of the application. The tags created for the new controllers were saved in a database and by means of scripting their addresses were updated. At this time, the old control stations were replaced by the Ignition control stations and the scan classes were adjusted for each connection. The application came into operation on the scheduled days.

This is the first time in Ecuador that an Ignition application controls and monitors the entire oil extraction process, its transport, and delivery to the national pipeline as well as generate reports (production, system status, events, etc.) to local and corporate levels. It also reports its data to the National Regulatory entity (ARCH) achieving connectivity with different platforms from different vendors transparently.

The application allows maintenance and development staff to have control over the growth and update of the application, in a more organized way according to the operation needs.

Debugging the application introduced a standard in screens and activations by using templates, parameters and scripts that will be easy to follow in the future. The number of screens was also reduced by 35 percent through scripting.

With the migration of the SCADA system, the old control stations were updated both in the OS and hardware, reducing time lost in the maintenance of obsolete devices. Now that the SCADA is not a “black box” anymore, all of its workstation and server hardware and software are managed by the IT department — bringing IT and OT closer than ever.

The applications are now accessible to all areas of the company while maintaining the levels of control and access. The access levels are currently controlled through Active Directory integration.

The first real-time maintenance KPIs dashboard has been deployed, as well as the first reservoir and power generation process monitoring apps for the managerial floor. This has brought a reduction in decision-making time for each area manager on its own processes.

At the moment, the main objective is to convert process data into useful information for decision-making in the areas of operation, development, and management at national and international levels of both the company and the Ecuadorean regulatory agents. 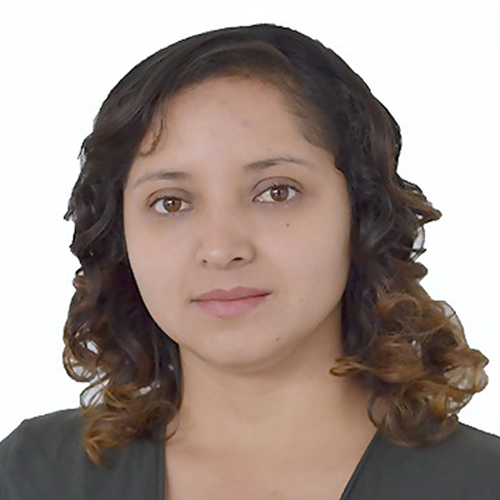 
Gabriela is an electronic engineer working for ASE for more than five years and is Ignition Gold Certified. She has great experience in industrial automation with interest in control systems. She has been involved in many applications in multiple industries such as oil & gas, automotive, manufacturing, and food & beverage. Her interests are focused on production data management to increase customer productivity and efficiency through easy-to-use applications and dashboards.


Automation Solutions Ecuador, founded in 2004, is the leading company in the Ecuadorian market providing engineering, consulting, electronic equipment and product distribution to meet the needs of automation and control in order to make easier its customers’ everyday operations. Its policy is to establish the highest standards in each of its projects, using the latest proven technologies in international markets, which optimize resources, resulting in reduced costs, development time, and response time to customers.


Agip Oil Ecuador B.V. is the branch of Eni in Ecuador. Eni is an Italian company with a worldwide presence, and is one of the global oil and gas super-players -- operating in 67 countries worldwide and employing more than 30.000 people. Its operations in Ecuador include upstream and midstream. In 2016, Eni’s production averaged 10kbbl/d. Production derives from the Villano field, started in 1999.