Improving Efficiencies at Two Facilities While Creating Standards for a Third

Problem: At facility 1, there was an outdated system in which the weight to be dosed by the system for any raw material, as well as the hopper where the material is coming from, needed to be filled by the operator every time that a production order needed to be started. In addition, there were no records from the consumption of the raw material in any batch produced.

At facility 2, an automatic Batch Dosing System was used when launching a production order, helping the operator verify whether the raw material hopper matched the recipe, but this system didn’t control the inventory in the hoppers of the system, and neither recorded the material that was included by manual weighing.

One of the most relevant problems was the missing inventory control at each facility, because the customer was supposing that the recipe weight for each raw material was correctly included in the measure. This caused the inventory not to be accurate, representing monetary losses.

Solution: ASE developed an application in Ignition to record the incoming raw materials at the hoppers, as well as the consumption of materials from any of those. In this project, there is a barcode scanner connected to an industrial PC where data of the raw material is collected by serial reading from Ignition. With this information, the system verifies that the raw material the operator is introducing to the hopper matches the information the system has about the material that is in the hopper.

To solve the problem of the records for the manual weighing consumption, ASE developed an application in Ignition that receives the recipe from the main system for the raw materials to be included manually. In this project, there is another barcode scanner connected to another industrial PC where the correct material is verified by serial reading from Ignition, as well as the lot of the raw material where the operator is consuming from. When the recipe is completed the system records the consumption of the raw materials.

To solve the problem of the manual system for dosing, ASE developed the application to read production orders and recipes from the database that is filled by the customer from its own ERP. The main system requires indicating which raw material is in each hopper, so the system can verify the information prior to launching a production order and download it to the PLC. The system also can edit any recipe and indicate where the raw material should be, obtaining traceability. The system also has an option to auto-identify the hopper and tank, and where the raw material is. The raw materials that aren’t found in the hoppers or tanks are auto-assigned to the manual weighing system.

In both facilities ASE is creating a standard that can be used in the customer’s new facility.

Result: The customer now has better inventory control in both its facilities, and a more efficient production. With the entire system, that includes the Batch Dosing System, Raw Material Reception System, and Manual Weighing System, the customer has control over the inventory of the raw material that is in the hoppers. It also has the verification of the raw material that is being included in the hopper.

With the Manual Weighing System, the customer has real records about the consumption of the raw materials that are being included manually to each batch produced.

Now, operators have an additional help to reduce errors to a minimum, by using this new system that includes monitoring and control of the entire system. Operators also have verification of the recipes, associated to a production order, as well as the information of the raw material that is in each hopper. And most importantly, the customer can have records of the consumption of all raw materials, as well as the lot where the raw material is consumed from.

The main idea is to migrate the entire HMI to Ignition. As a proof of this, at facility 2, ASE developed a new “Pulverizers Control System” according to the new standard. 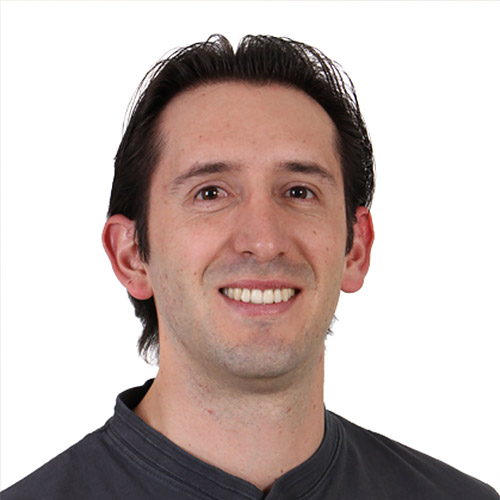 
Daniel is an electronic engineer who has worked for Automation Solutions Ecuador for more than two years. He has experience in industrial automation, specializing in control systems development including HMI/SCADA applications. He has been working with Ignition since 2016. Daniel is Ignition Gold Certified and qualified in system design and implementation using Ignition.


Automation Solutions Ecuador is the leading company in the Ecuadorian market providing engineering, consulting, and electronic equipment and product distribution to meet the need of automation and control in order to make its customers’ everyday operations easier. Its policy is to establish the highest standards in each of its projects, using the latest proven technologies in international markets, which optimize resources, resulting in reduced costs, development time, and response to customers.


The customer is a private animal food company focused mostly on shrimp, fish and equine markets.