Streamline is using Ignition to facilitate the automation of three semi-autonomous, mid-sized units, one large-scale gas treatment facility, and several fully autonomous skids, all with full remote bi-directional control and historian data collection. Ignition will be used at several new locations as well.

H2S is found in about 50 percent of all natural gas wells worldwide. Streamline Innovations has developed a unique chemical technology that converts H2S to elemental sulfur, which in turn can be used for agricultural applications. This chemical technology has been tried commercially before, but it hasn’t been profitable due to operational difficulties.

Streamline has circumvented these issues and has made the Valkyrie Process an attractive solution to H2S removal due to updated chemistry, modern surfactant additives, and a robust but complex control and automation system, which includes the Ignition software platform. Streamline operates at three different scales: 1) unmanned “small” units that treat 200-2,000 pounds of sulfur per day and are roughly the size of a large truck; 2) manned “large” units that treat 20,000 pounds per day or more and are the size of a football field; and 3) completely autonomous “micro” units that are single pieces of equipment in remote locations which perform ancillary tasks.

Streamline’s small units remove H2S from individual wells, typically in remote locations, for which constant human operation would be too costly for commercial operation and travel to the site; simple maintenance issues could take hours. Streamline’s first approach with these units employed an automation platform written on a standard PLC, but this did not enable complex calculations to provide model-based controls (and therefore semi-autonomous operation), nor remote control of the unit should a problem arise.

Streamline’s larger plant-sized units are complex enough to allow for 24/7 manned operations, but still require real-time analysis of the process, access to the HMI from operators on site, and remote access to data by office engineers.

For the small units, Streamline employs a classic Ignition hub-and-spoke configuration, wherein Ignition Edge runs locally on a Moxa device, which in turn communicates with the Ignition server in the cloud via MQTT. Streamline has also built a mobile web app to allow operators and employees to access the data from the unit, including all historian data and full bidirectional control, for any authenticated user.

Running in parallel are a number of Python scripts that allow complex calculations — such as fast Fourier transforms on pump vibration and weather forecasts downloaded from the National Weather Service to determine optimal operating temperature — something that would otherwise seem impossible with a PLC. Furthermore, auto-notifications of alerts are sent via Twilio to operators and operations engineers when issues arise.

For the large units, Streamline has further extended Ignition’s capabilities by running a full version of Ignition with Perspective locally. This was done because 1) the larger units allowed more budgetary resources to install a full version; 2) the client wished to retain the historian data locally, and; 3) this configuration allowed for the elimination of dedicated HMIs, as any computer or tablet can access Perspective to function as an HMI. To this end, an ad-hoc wi-fi network was installed to allow operators to use an iPad or tablet in the field to function as a handheld HMI. Streamline is in the process of connecting this server to the Cloud Server, which allows integration of the data into a single repository.

For the micro units, Streamline has eliminated the PLC entirely, employing a Moxa box and Ignition Edge to manage the I/O, supplemental Python code to perform any necessary calculations, and MQTT to convey data back to the cloud server.

Streamline found that Ignition, MQTT, and Moxa facilitate its control and automation process, data collection, and remote control for operations. 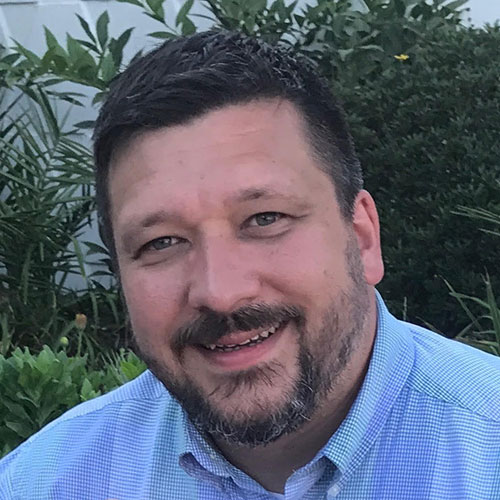 
Dr. Photos has worked in the oil & gas industry for more than 15 years, working in the field, research, and management. He has worked on five continents, and has developed a number of oilfield technologies used around the world. He holds more than 12 patents in AI, oilfield processes, and chemical additives. He holds an undergraduate degree from Princeton University and a masters and Ph.D. from the University of Pennsylvania.


Streamline is a technology solutions company focused on water & gas treatment and process improvements in the oil & gas, utility, and industrial markets. Streamline was originally founded to treat produced water and to remove H2S from natural gas in the upstream space. Deploying advanced treating capabilities, differentiated product lines, specialty chemicals, and a solutions-driven team, Streamline now delivers innovative solutions to a variety of problems and operational challenges by leveraging its significant in-house experience and expertise to multiple markets.