Replacing Five SCADA Systems with One

The Utility Department for Fort Smith, Arkansas, provides water and sewer service to a population of approximately 150,000 within the city limits and in the greater Fort Smith area, either directly from Fort Smith’s systems or indirectly through Fort Smith’s wholesale customers.

Fort Smith's Utility Department had five separate legacy SCADA systems, installed over many years. All had reached their effective end-of-life and were in serious need of modernization. In addition, system performance data was trapped at each facility, unavailable to system managers and stakeholders.

The City also gains Ignition's advanced technology and ability to streamline operations and manage data, as well as the scalability to efficiently support both current and future business objectives.

Brown Engineers built an Ignition application to convert the exported tag database information from text format into Ignition tags. The application consisted of 17 windows, 25 tables, and more than 6,000 lines of code in 30 scripts.

This critical element of Brown's successful project demonstrates that Ignition can be used to build modern, powerful, client-server and database-driven applications outside the SCADA realm. This tool will provide an advantage to Brown on future projects where tag database exports from the same legacy SCADA vendor can be used as input to the Ignition upgrade process.

This custom application was first used to import legacy information into database tables. Next, Brown's team used it to analyze, organize and standardize the data, enabling a consistent data strategy. Tag information was then organized into a hierarchy, using built-in components with a look and feel similar to the Ignition Designer. Finally, the application was used to create the tags used by Ignition.

The graphical user interface was implemented in tandem with the tag conversion process. While tag development was progressing, screen captures of the in-design graphical screens were combined with tree-view style navigation, to give the client a preview of the overall look and feel of the project quite early in the design stage. This allowed stakeholders to provide feedback that Brown immediately incorporated.

Brown created a configuration popup window to access underlying tag configuration settings, allowing them to be modified directly from the user interface. Parameters such as alarm setpoints can be user-modified simply by right-clicking on the screen graphic and editing the value. There's no need to launch a Designer session and search for the correct tag to edit. Click. Change. Done!

The Ignition implementation was a cooperative effort, with extensive IT infrastructure upgrades performed by City staff throughout the project while Brown Engineers developed all of the Ignition configuration. The project was scheduled for completion within one year, with the infrastructure upgrades requiring about 60 percent of that time to complete.

Brown immediately began implementing development gateways, configured to match the new incoming system architecture. This approach was possible due to Ignition’s licensing model that allows development in trial mode prior to licensing.

Uniform graphical standards, a key strategy for high-performance HMIs, was demonstrated by Brown Engineers at the kickoff meeting. City leadership approved Brown's recommendation to create uniform graphics that will improve cross training and interoperability across sites. Personnel already familiar with one plant will require less training to interact with other facilities, thanks to the consistent look and feel of all screens systemwide.

Another benefit of the new Ignition system is a consistent data strategy, compared to the previous disparity resulting from multiple individual legacy systems, implemented over the years without consideration of other sites. Navigation patterns and alert notifications are now far more consistent across sites.

Ignition’s Gateway Area Network synchronizes data throughout the system. This greatly simplifies presentation of remote data streams that were previously sent to three separate sites. Data will now be collected at one location, based on data stream availability at any of the three remote sites. Ignition's Enterprise Administration Modules coordinate this configuration among all 12 gateways, ensuring consistent application of shared resources.

Performance data will now be collected and managed, for vastly improved operations, planning, and compliance reporting.

Instead of five different sets of cumbersome, mismatched graphics and GUIs from the old legacy software, the entire water/wastewater system will now have standardized graphics that streamline training and operations across all sites.

Data, notifications, and alerts will be consistent and available across all systems and facilities.

Upon completion of this project in the fall of 2019, the City of Fort Smith will have a far more robust SCADA system for its water and wastewater utility, positioning it well for both the present and the future. 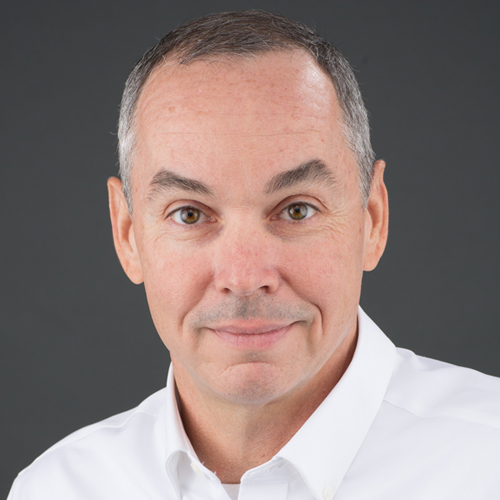 
Sam, Brown Engineers' Vice President of Automation, has over 30 years of SCADA expertise ranging from remote monitoring apps for smartphones to utility-wide HMI migrations. The first program he ever wrote was stored on a cassette tape! Technology has advanced somewhat since then, but so has Sam, who thrives on keeping up with the next big thing. When the only constant is change, it keeps things interesting.


Little Rock-based Brown Engineers, a Certified Premier Integrator for Ignition, was launched in 2006 by electrical engineers who specialize in power distribution, automation, and electrical systems for utilities and other clients with demanding operational needs. Thirteen years later, Brown is a mechanical, electrical and automation engineering firm with a staff of 21 and a reputation for innovative, award-winning design. In 2019, Brown Engineers launched an in-house fabrication shop in response to growing demand for alternative project delivery methods as well as comprehensive, "one-stop shop" convenience.