ANDRITZ used Ignition to create a platform for training an artificial intelligence (AI) controller to run an industrial plant. The company built a software application in Ignition that integrates process simulation software and machine learning components.

ANDRITZ built a prototype as an internal development project using its own funds. The company then entered and won the 2019 GoldCorp #DistruptMining competition, a contest that focuses on digital transformation of the mining industry to optimize profitability and competitiveness. The prize is a 1-million-dollar (Canadian) project to execute a pilot at one of GoldCorp’s sites.

ANDRITZ developed a concept of using its proprietary process simulation software, IDEAS, to be the training ground for machine learning algorithms that, once trained, would be used for automatic plant control. ANDRITZ needed to build software that could control its IDEAS software and pass data back and forth between the virtual plant and the AI. Eventually, this same software would need to pass data back and forth with the running plant, using industrial communication protocols.

The new software also needed to function as an administration interface for training the AI. This new software needed to allow a user to set up training scenarios, like a particular plant malfunction that the AI should learn. The software would then manage the training, recording results to history and reporting on the outcome.

This was a research and development project for ANDRITZ, so it needed a platform that would allow it to create a robust prototype quickly with minimal cost or time spent creating the fundamental building blocks.

ANDRITZ took advantage of a wide range of Ignition capabilities in building this solution. Communication between the IDEAS model or the real plant and the AI engine was a classic IT/OT bridge, with OPC on one side and scripted HTTP calls on the other. Scenario configuration is a very standard database application using a SQL connection for the database backend and Vision clients to build the front end. Monitoring training performance uses Vision, Historian, and Reporting functions.

Dispatch of the training scenarios themselves is accomplished using sequential function charts and a significant amount of Python code.

This solution is, as far as ANDRITZ knows, the first application of reinforcement learning to control continuous industrial processes. This AI uses the same principles as well-publicized successes like AlphaGo. It is particularly applicable to sequential decision problems where an agent must take multiple discrete actions in sequence in order to achieve some future target state. That strength makes it applicable to a wide variety of control tasks that otherwise could only be controlled manually, like plant startup or upset recovery where the operator must start several motors or swing valves in a particular order that is defined by present plant conditions. The AI has also demonstrated itself suitable for continuous optimization problems where a plant might otherwise use model-predictive control or expert systems.

The media exposure from winning the contest has been very significant for ANDRITZ. The #DisruptMining contest has a high profile in the mining industry, so ANDRITZ has been interviewed on TV, radio, and for several magazines. The award for ANDRITZ was the cover story for an issue of Canadian Mining & Energy magazine. The win has given ANDRITZ credibility in the sales phase with other potential customers both inside and outside the mining industry. Following this win, sales interest in this technology has been tremendous.

The process of prototyping and executing with Ignition as a platform demonstrated Ignition’s capabilities beyond being simple SCADA software. It is software to build software. Ignition enabled ANDRITZ to build a complex application at a small fraction of the cost of using any other method. 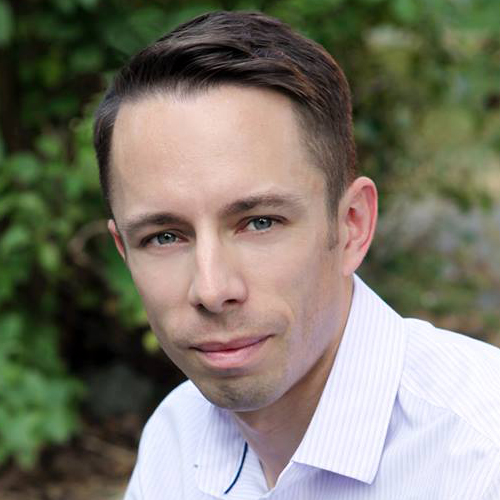 
Arthur is responsible for product development at ANDRITZ AUTOMATION. A mechanical engineer by training, most of his career has focused on process automation projects for the mining and pulp & paper industries. From his background in control system configuration and commissioning, he now directs the creation of artificial intelligence and simulation technologies for industrial control.


ANDRITZ AUTOMATION is an Ignition Premier Integrator with more than 2,000 automation professionals worldwide. The company designs and commissions control systems, high and low voltage electrical, and instrumentation, drawing on proprietary simulation, advanced process control, and operator training tools. The ANDRITZ Group is headquartered in Graz, Austria. With more than 160 years of experience, 29,000 employees, and more than 280 locations in more than 40 countries worldwide, ANDRITZ delivers solutions in a wide range of industries, including pulp & paper, mining, chemicals, hydro, metals, and wastewater.