H2OI turned BRPUA’s antiquated, incohesive SCADA system into a new state-of-the-art Ignition redundant SCADA system. A key part of the project gave BRPUA a much faster, easier way to submit reports to the Texas Commission on Environmental Quality (TCEQ). Other reports were automated as well.

H2O Innovation solved three main problems for BRPUA. The first was the limited number of tags allowed by the legacy SCADA system. Ignition’s unlimited tag model allowed H2OI to include the site’s ultrafiltration (UF) and reverse osmosis (RO) water treatment systems in the SCADA system. Previously, tag limits had excluded these from the SCADA package. BRPUA plans to continue to automate the water treatment plant, so expandability was a key factor in selecting Ignition as the new SCADA platform.

H2OI bridged that gap and created a single source of information and a single point of control. Operators can now go to any of the workstations in the plant and see the same screens. The previous SCADA and control systems required operators to visit several different locations to control different aspects of the plant.

The third and most challenging problem was the old reporting system. The system had to be manually checked, it didn’t pull data in from all of the separate systems, and it didn’t automatically populate the TCEQ document.  H2OI solved all three of these issues. The existing reporting system did not do any verification on the data it was pulling, so if the system was offline, or down for maintenance, the operators would have to manually overwrite the data in the reports so that it wouldn’t be flagged by the governing bodies. Now with the new reporting system, the data is sorted at the database level and is verified by several checks before being validated. This is a huge time savings, as it removes the work associated with double- and triple-checking the reports.

The old reporting system didn’t pull data from all of the subsystems in the plant. For example, operators didn’t have a place to enter data from the lab. The RO and UF systems were segregated from the SCADA system. With the new Ignition interface, operators have one place where they can enter in lab data, pull the UF and RO systems data, and have everything stored into the historian — which can be recalled and reviewed at later dates.

The automatic generation of the TCEQ report was a huge accomplishment and probably the most important item H2OI was able to contribute. The TCEQ document consists of nine sheets with thousands of fields to populate. H2OI and Automation Station had to work with TCEQ to verify methods and changes to the official document so that data fields could be automatically populated. Since BRPUA is now able to enter the lab data, and can pull data from all subsystems, this data is now available at the database level which can be run through verification tests to validate it. H2OI then pulls all the data into the official Excel document, and with one click of a button can generate the report. This is estimated to save 8-10 operator hours per week. H2OI is really excited about this reporting feature because it can be reused for other potential Texas customers, and would be relatively easy to deploy, now that the code and scripts have been written.

The new Ignition system will also allow BRPUA to give different levels of access to different operators, making it easier to set up the proper security. With this, the phone alerts, and a bit more automation, BRPUA will no longer need to have the facility manned 24 hours per day. 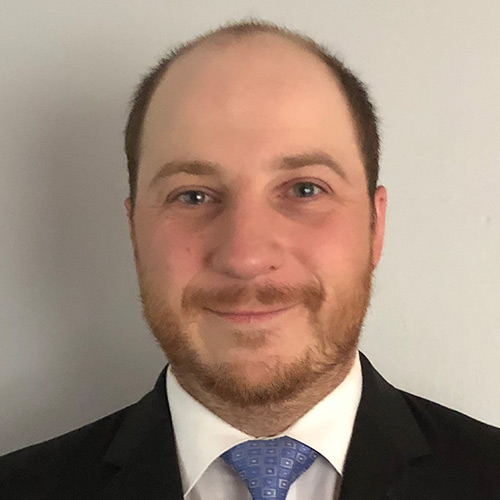 
Paul has been working in the water/wastewater sector for more than nine years. He oversees the Automation and Controls Engineering group for H2O Innovation.


H2O Innovation, winner of the prestigious Water Technology Company of the Year award at the 2016 Global Water Awards, is a pioneering OEM of membrane systems. The corporation maintains an unparalleled reputation as a high-quality membrane system fabricator, specializing in water and wastewater treatment for municipal and industrial markets. H2O Innovation has annual sales of more than $100 million. Its experienced staff of nearly 600 is located throughout five offices and two manufacturing plants in the U.S. and Canada. Its business relies on three pillars: water and wastewater projects; specialty products and services; and operation and maintenance for water and wastewater treatment systems. H2O Innovation is most known for producing custom water-treatment solutions, utilizing RO, UF, NF, and MBR technologies. H2OI has recently focused on providing digital solutions for its customers using Ignition to produce full-scale SCADA systems as well as launching its proprietary membrane performance software, IntelogX.


BRPUA was created in 2012, to achieve economies of scale in providing essential water systems to the public, through the ownership and operation of a water treatment plant and related facilities. The organizing sponsors are Acton Municipal Utility District and Johnson County Special Utility District. BRPUA is a joint venture between the sponsors with an ongoing financial responsibility.