Problem: The Mountain Regional Water District (MRW) and the city of Park City both wanted to improve their HMI/SCADA systems. Each was seeking a more reliable and robust HMI that could provide good data visibility, alarming, and expandability at an affordable cost. Further on in the project, there became a greater need to share data between the two entities and run automated reports.

Solution: Ignition provided numerous features at a low cost. It provided the ability to do things that would have been impossible in other software platforms.

MRW was the first to do an upgrade. MRW was impressed with the features of Ignition and decided to use it after becoming tired of the licensing model and lack of feature improvements in its existing software.

SKM streamlined the process using the templates and custom UDTs to bring more data to the front.  MRW’s original project had 5,000 tags and the new project has 65,000. SKM took operators from looking through a peephole into their system to having a nice bay window in about the same time it would have taken to create the 5,000-tag system in the other software.

By this time, the district was having new ideas on how to best use this data to optimize operations. MRW began using Ignition to monitor and optimize energy consumption, track efficiencies, and find water leaks before they became large or were called in. The project was able to pay for itself in a few years due to the savings created by the new levels of data and the added control.

Around the completion of the MRW project, Park City was looking to upgrade its existing system as well. Like MRW, Park City was impressed by the feature set and the database-friendly approach of Ignition. Also, the low cost was appealing. One of Park City’s long-term goals is to integrate its HMI/SCADA system with its Maintenance Management Software and Automatic Metering systems. MRW was also a strong proponent at this point and was very open with Park City about its own project and experiences.

With Ignition in place, Park City has a much larger view into its system. The city went from 10,000 tags to 135,000. Project requirements included the ability to run automated state reports. These reports had to be in Excel notebooks in a set format. While the reporting module in Ignition is a great and powerful tool, there was no way to create these reports in a streamlined fashion from the native reporting tool. Rather than having to say, “the software can’t do that,” SKM created a module. With the Apache POI and some assistance from Travis Cox at Inductive Automation, SKM made the new module with scripting extensions to run these reports. The reports run with the scheduler of the reporting module — and save the city’s operations staff days each month.

The Park City project used radios that could be monitored over SNMP. Once again, this was not something that Ignition does natively, but SKM was able to use a module created by Kymera Systems to accomplish the task.

MRW and Park City share ownership in some large assets and water sources, including a large pump station. The pump station is operated by MRW. Also at the site is a water quality station that is operated and maintained by Park City. Each organization wanted to see the other’s data, as it was fairly critical to both operations. Once again, Ignition was the solution. Using the Web Dev Module, each organization serves up a JSON with pertinent data that is read in by the other organization’s servers.

Results: The biggest result was two satisfied customers. Both organizations saw several benefits. There are future plans at both — including integration into other systems and the addition of more physical IO. A big benefit is that neither entity will have to go back to Inductive Automation and pay more money to work on their future projects. And SKM is seeing more users at both organizations getting engaged with Ignition and creating their own screens — with help from SKM and Inductive University. 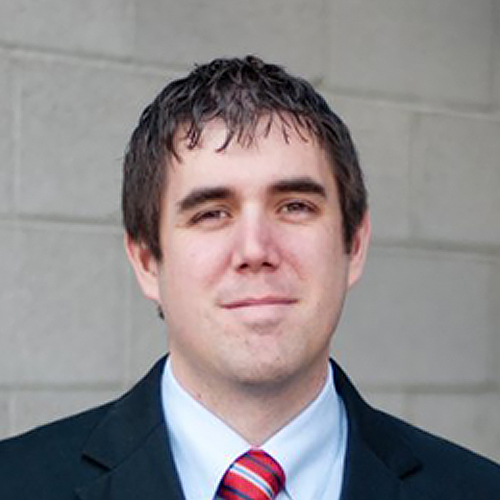 
Allen has a BS in Electrical Engineering from the University of Utah. He has worked in the water and waste water industry for more than 15 years, and he has been very involved in adapting new technologies to solve age-old problems.


SKM was founded in 2000 and has 18 employees. SKM has always had the philosophy that if you take care of your clients, the rest will take care of itself. SKM is headquartered in Salt Lake City, Utah, but operates all over the western United States.


Mountain Regional Water (MRW) and Park City are two separate entities. MRW provides water for a large number of unincorporated communities around Park City. Park City Municipal Corporation provides services inside the Park City limits. Although the connection count for both systems isn’t large, their systems are more complex than most major metropolitan areas due to the mountainous terrain.